You may recall my report a few years back about the sale of the crypt above that of Marilyn Monroe. The crypt was occupied already by the body of a man who wanted to be face down above Monroe for eternity. But his wife, who had originally put his body there, had second thoughts, and decided it would be nice to pay off her mortgage, so she decided to auction the not-so-final resting place on eBay.

The winning bid was $4,600,000. Yes, you read that correctly. Someone paid over $4 million for a crypt just because it is over that of Marilyn Monroe. However, the Japanese buyer didn't come through with the money. It isn't clear whether another of the bidders bought the crypt, and the story was quickly dropped from the news.

But recently the Huffington Post reported that there was a crypt for sale in the same row as Marilyn Monroe's at the Pierce Brothers Westwood Village Memorial Park and Mortuary in Los Angeles. It is a few places over and just above hers, and it was selling for a more modest $250,000. It may have sold by now, but again the story has faded away.

In any case, this is an odd enough way to make money that I thought I should report on it again and see what ideas it suggests. The basic concept is that of selling fame to the dead (or perhaps as much to those left behind). Sell a crypt near a famous person, or a grave site next to one. The buyers of these homes for the dead apparently want to spend eternity next to their favorite celebrities, or just want to latch on to their fame as a way to be remembered.

A natural question (well, it's natural for me) is whether there's a way for others to make money at this. Of course anyone who already owns prime death real estate can give it a try, but what if you don't already own a grave site next to a famous person? One simple solution is to buy one. Buy cheap and sell it for more. Okay, here is a more complete, if speculative, business plan, just in case you want to attempt to do this. 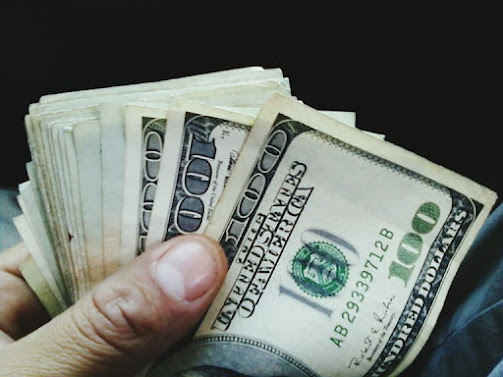 How to Sell Fame to the Dead

The first step is to search out and find the burial locations of as many dead celebrities as possible. Starting with those closest to you might make this more practical. A website like findagrave.com will get you started (now there's an odd way to make money as well).

The second step is to see if there are empty grave sites or crypts next to or above any of them. You could also try to get people to move their loved ones from adjacent spots for a one-time payment, but that might be too ghoulish.

The third step is to list the great locations are empty. You'll have to do some research to get the phone numbers of whoever manages the graveyards and crypts, so you can ask about this. Of course, if you are near the place you can drive over and check the situation out for yourself.

The fourth step is to locate the owners and start negotiating. If a person has paid $20,000 for a site, he or she might be happy to get a new one before they die, if you pay $40,000 for the one they have. Naturally you are hoping to sell the spot for $60,000 or more.

I imagine that many readers are thinking at this point, "How can I predict what a grave site or crypt will sell for, so I don't lose my investment the first time I try this?" There may be ways to predict that with some accuracy if you teamed up with an auctioneer. But you don't have to be too precise. Instead, you just make an educated guess about a few of these "prime properties" and make sure your offer to buy includes a way out.

For example, you can include in your contract the right to cancel the deal if you cannot raise the money for the purchase within thirty days. Sellers typically will have been holding onto these grave sites or crypts for years, so they might be okay with this stipulation when they know they can make a great profit should the deal go through.

The fifth step is to list theses homes for the dead on eBay and see what kind of offers you get. Just be sure to set a reserve price that allows you a profit (you don't have to sell if your reserve is not met). If you don't get a bid that is high enough, you didn't raise the money necessary for the purchase within 30 days, so you can cancel the contract. But who knows? You might find a gravesite that you can buy for $40,000 for and sell for $400,000. Try for one next to John Wayne or Ronald Reagan or Lassie perhaps.

How likely is success with this plan? I have no idea. But selling fame to the dead (or to the living who want to plan ahead for fame when they are dead) is an interesting way to make money, and a fun concept to play with. Let me know if you make a profit selling prime real estate next to the remaining bones of a famous movie star or political leader.