Unusual Money Ideas & Odd ideas that have actually been profitable

The following is a selection of unusual money ideas. You'll notice that some of these have actually worked, while others are unproven. Maybe you can be the first to give those a try.

I recently read the true story of a woman who has a business online selling "fetal greeting" cards. They have a picture of a fetus announcing his or her coming entry intro the world. She got the idea while looking for a unique way to tell family and friends that she was pregnant. A friend drew pictures for her, and she liked the results so much that she decided to make a business out of it. Since her site has been online for seven years now, I assume she has had some success. 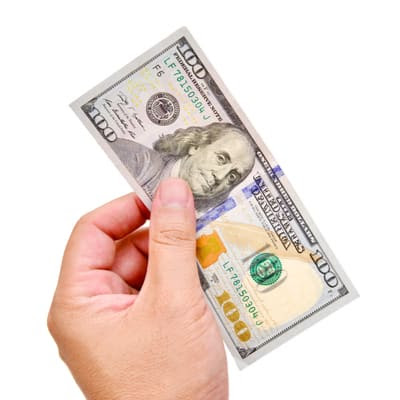 Make Your Auto a Billboard

Using one's vehicle for advertising is certainly not new. Many small businesses use their vehicles to promote themselves. But why not try renting space to businesses on your personal car? You should probably document how many miles you normally drive it and where, so the advertisers will know their ads are being seen, and by their target audience.

From Garage Sale to Ebay

You have undoubtedly heard about people buying things at garage sales that they then have sold on Ebay for big profits. I once met a man who bought some old jeans for $2 and sold them on Ebay for over $250. I had to look that night and see the bids (some higher than that) to believe him.

The problem, of course, is knowing what will sell and for how much. But what if you have a laptop computer with a satellite internet connection? You could take it with you to garage sales, and buy things only after seeing that they are selling on Ebay - and seeing what the current bids are. This almost guarantees you won't guess wrong and lose money too often.

I recently visited a money-making blog and saw a hilarious idea. The author wanted to set up a gas station that gave away free gas. The catch? The gas came out very slowly, and mounted cameras with paintball guns attached gave people online the opportunity to shoot at the customers for a fee.

This may not work, of course, and he said that the city wouldn't allow him to do it. But the general idea of interactive cameras and devices for use online is full of potential. People might pay to see people walking by, for example, if they could also say what they wanted to them through a speaker, as they passed. And there are certainly some better ideas than this out there.

When I used to rent room in my home years ago, I also sold groceries to the renters out of a closet. They simply took what they needed and marked it on a sheet of paper. The cost was added to rent. This was one of several extra sources of income I made from my tenants.

Now, to expand on this, what about the general idea of groceries being available to people for purchase at home? Perhaps a mobile grocery store in a truck or van would work. Like an ice cream truck, you run a route with your store, playing music or some announcement to get attention, and then you stop on each street to see who wants to go shopping. Or maybe there's a way to put a grocery store in an apartment building (an oversized vending machine) and stock it once a week?

Check out the page More Unusual Money Ideas as well.