Unusual Jobs to Make Money - "I Was a Repo Man"

"It's just the repo man," the father told his son.

"But daddy, why is he taking our car?" the little boy asked, while his mother was digging out the last of the clothing that was frozen to the floor of the trunk.

"Son, we didn't make the payments, and when you can't pay for it, you don't get to keep it," he explained, and he handed me the keys. I would drive the car instead of hooking it up, and my brother, Jason (who owned the towing business) drove his tow truck, so it would be ready for the next repossession. The little boy watched from the yard as the repo man drove away in the family car. 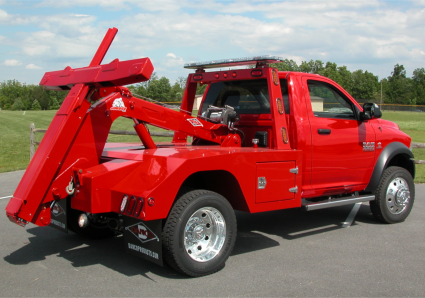 I don't recall exactly, but they probably owed less than a thousand dollars on the car, and it was worth even less than that. I stopped occasionally to use snow to clean the windshield - the wipers were broken. If only all our repossessions went this smoothly.

We were in a small town to take some Pontiac. We cruised behind the bars in town - generally a good place to look. At the second one, we found the car, and checked the VIN (vehicle identification number) to be sure. No keys for this one, so we would have to tow it.

The wheels were turned slightly, and Jason decided it would likely hit the brick wall if we tried to pull it out. We would have to go inside and ask the owner for the keys. He was at the bar, and he pretended not to hear a word we said. He just continued to stare at his drink. Everyone else in the place heard us, though, and they were all his friends.

The crowd began to form as Jason hooked up the car. There was nothing more than rude comments, but then, as the car was pulled out, it bounced off the wall. The turn-signal light cover was broken, and the pieces of red plastic drove the crowd wild. They began yelling and threatening us, and unfortunately, we had to stop right there to hook the car up properly.

I took my baseball bat and ran in the back door and through the bar to the phone, where I quickly called the police. I ran back out, waving the bat around, and found Jason standing on top of the tow truck, with the angry mob circling below him. Someone threw a beer bottle, and we later discovered that in the chaos my brother lost a toolbox full of expensive tools.

The police arrived quickly, adding their own insults (nobody likes a repo man), but they kept the mob at bay while we hooked up. At least there was no fist fight, and no gun pulled on us, nor any shots fired over our heads. These things would happen on later jobs.

Jason never was paid enough for the work, in my opinion, and he gave me just $15 per car retrieved (this was almost 20 years ago). On our best night we probably repossessed four cars. The moral of the story is clear - there are better ways to make a living than being a repo man.