I have always had an interest in unusual businesses. I have four brothers, and as a child I used to sell my vote to the highest bidder for the which television show we would watch. I guess you could call that the business of politics. I also collected the paper-wads that fell all over when my brothers had there wars, and then sold them back to them for a couple cents each. I guess I was a war profiteer in the paper-wad wars. I sold candy out of a hollow book in school.

My business activities became a bit more conventional as an adult, but I still loved to hear about and read about the more unusual businesses. I once talked to a man who sold used stuffed animals on the side of the highway. He claimed to have sold $3000 worth his first month. 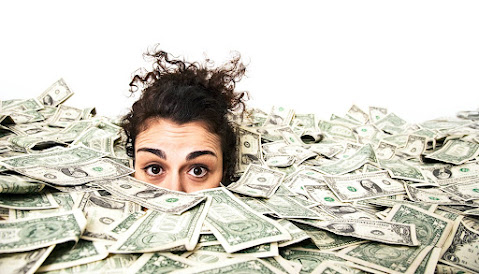 Then there was the guy in Grand Rapids, Michigan, who collected the bodies of dead deer. The county needed the deer carcasses off the roadsides for health reasons, and contracted with this guy for $25 per body. I'm not sure how he disposed of them. Maybe his other business was providing meat to dog food companies.

When I lived in Traverse City, Michigan, someone started a dog poop cleaning business. If you want the dog without the responsibility of cleaning the yard, call A-1 Pooper Scooper. I'm not sure if this would be better or worse than a dead deer collecting business.

In Tucson, Arizona, there is a man who takes the leaves from palm trees and twists and turns them into amazing animal sculptures. He sells these for anywhere from $2 to $12 in the street. The palm-leaf scorpions are the best.

You probably remember a few weird businesses from back before Ebay got all their rules. One woman was making thousands per month selling used panties to fetishists. She bought panties for her friends, who got them for free as long as they returned them to her unwashed, trading them in for the next new pair. The used and unwashed panties brought $10 or more on Ebay auctions and sold fast.

You may have heard about the online fantasy role-playing game Runescape. It had four million players as of 2007. What you may not know is that in addition to buying "virtual real estate" and earning online gold pieces, you can buy these things for real cash. There are Runescape entrepreneurs who sell their online houses in the game for hundreds of real U.S. dollars. I think it would start to get confusing - what is real here and what isn't?

Then there is the guy in who decided to finance college by selling one million pixels of advertising space on his web page for a dollar per pixel. You could buy a minimum of 100 pixels and have any image you want linking to anywhere you want. Guess what? He succeeded within a few months. Maybe it's time for me to get back into unusual businesses.