Here are a few uncommon business ideas. Some have been used successfully, while others are waiting for the right person to give them a try. A couple can be started with a few hundred dollars or less, and can be run from home.

I was at the dentist's office once and saw a man come in the front door and begin to clean the fish tank. He had contracted with several offices and businesses to maintain their fish tanks and keep them supplied with fish food. Naturally, he also sold fish tanks, fish and accessories. 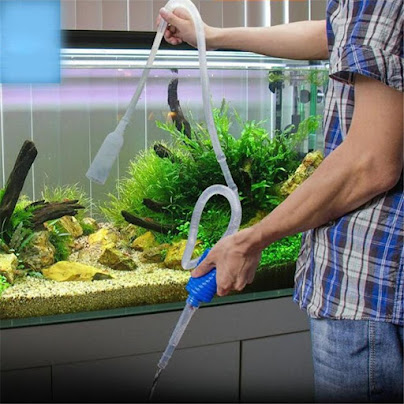 As I recall, he ran his route twice a month, stopping at each location to clean the tank, restock food, and make any recommendations. I am not sure what he charged monthly for this service, but I know there are a lot of places where they like their fancy fish tanks, but probably don't want to care for them - or don't know how to do so properly.

Quite a while back, I took over $1,700 worth of returnable bottles and cans from the break room of the casino where I worked, in a little over a year. I also gathered them from the houses of friends and family who didn't want to bother returning them for the 10-cent deposit on each one. This was in Michigan, but in any state that has a bottle return law, I imagine there are many people who won't throw those cans away, but also let them pile up because they hate to take them to the store to redeem them.

In fact, as a young man I was once doing some yard work for a woman, and as I left she suggested that I pay her $30 for the 600 to 700 cans and bottles in her garage. It's amazing how many cans people will collect in there cupboards and garages and shed. An hour later I had run them through the self-service sorting machines at the grocery store and received $66 for my $30 investment.

It's a sticky business, but find the right areas and go door-to-door offering to buy people's cans at half of their value, and you might make a decent income. You could donate 10% of proceeds to some charity to convince people to let those empties go cheap (but be honest about it being for profit as well). The great thing about this little business is that anyone can start it for absolutely no cost. One old man where I used to live paid for his rent with returnable cans and bottles, all collected using his bicycle.

This is a business that will work best near a college or university town. The basic idea is to fax a person's resume to 20 or thirty businesses that are hiring - a great service for newly graduated students who are ready to find that first decent job. A client pays a set fee, gives you his or her resume, and then let you do the work for them. $30 for 20 resume submissions seems reasonable.

You should have numerous categories, ranging from medical fields to banking to sales jobs. To gather the names and fax numbers of businesses a that are hiring in these areas, you can subscribe to many newspapers published within an hour or two drive from where you are. Alternately you can check online. Just check the "help wanted" classified advertisements, and call to get the fax number if it isn't shown.

A fax machine would be your primary cost to start this business. Ongoing costs could be minimal depending on how you promote it. Just two dozen clients a week might net you as much as $30,000 annually for a part time business.

I recently read about a business called "Goose Police," which started in 1986. The service chases away geese from golf courses, lawns and parks for a fee, using trained dogs that don't harm the geese. Apparently by the year 2000 the business was earning almost two million dollars in gross revenue, and had begun to franchise itself.

You may not know that many offices do not own the rugs they have in their entries. They pay a service that leaves a clean rug regularly (every two weeks is common), and takes the dirty one to be cleaned. The clients don't have to worry about every buying, replacing, or cleaning rugs.

This is not an uncommon business, actually, but it is not commonly known. It does require a little more start-up capital than some of the businesses above, but it could be operated with just a few days work per month to start. Just run the route two days monthly to pick up and replace the rugs, and spend a couple days cleaning the rugs.