Pricing Secrets That Can Save You Money

Want to save money on that next purchase? It can help to know the pricing secrets of retailers, like the two covered here.

The Secret of the Minimum Advertised Price

Sometimes pricing doesn't seem to make much sense. For example, why does whole wheat pasta cost three times as much as regular pasta? Doesn't regular white-flour pasta require the extra trouble and expense of removing parts of the wheat? Economist will tell you that price is determined by what the market will bear. This is certainly an important principle to understand, but does it always apply in real life? Well, yes, in a way - but it is complicated. 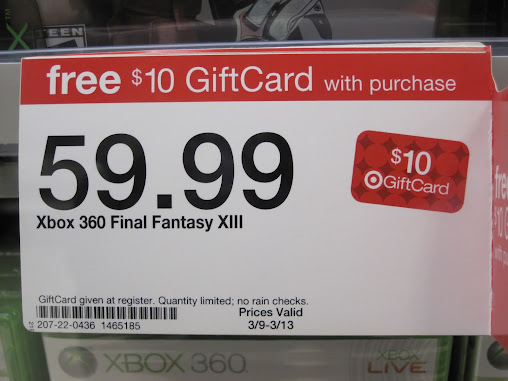 Another price that manufacturers suggest to retailers is the MAP, or "minimum advertised price." This is one we don't hear about. It's not an absolute minimum that retailers can sell for, and they certainly want to sell for more if they can. But if they sell for less than this they risk upsetting manufacturers and suppliers. Why? Because they can't convince new retailers to carry a product if competing retailers are selling it so cheap that it is difficult to make a profit. The new retailer could sell it for more, but who would buy it when it is advertised cheaper somewhere else?

Of course, you want to buy at the MAP, so to determine (approximately) what it is for a particular product, check several stores. If all are advertising the product on sale around the same price, it is usually close to the MAP. The "big box" stores stick to the MAP in their sale advertisements, as often as not.

What if you want it even cheaper? Look at small stores. They can get away with sales that price the product below the manufacturers minimum advertised price, because they have less to risk by angering suppliers.

Be careful, though. Some stores sell below the MAP because they're selling incomplete products. For example, if it is a computer, you might have to buy a keyboard and speakers as separate items. When other stores are selling a complete product, compare the total cost of everything you need to get a product that is functional.

Why Prices End in 99

$29.99 might as well be $30, and we know this, so why do retailers play this game? Simple explanation: Because this pricing secret works. You may automatically round up a price like this, but you may not have looked at it in the first place if it said $30 instead of $29.99. We process information from left to right, so you see the "2" before anything else, and this is more appealing than a "3" when you want a lower price.

You see, even if only unconsciously, your mind is probably thinking "20-something dollars" versus "30-something." Your next thought might be "Oh, it's $30," but you are already looking at the product, right? It makes you more likely to buy it than if you never stopped to look at it in the first place.

In any case, retailers get caught in this game whether they like it or not. After gasoline retailers started pricing a gallon using ".9" cents, for example, how could any of them stop doing it that way? Just imagine if all the other gas stations had gas at $2.99 and 9/10 and one at $3.00. Ten gallons would be just a penny more there- not worth driving on. However, drivers just see the sign and immediately think they are the most expensive gas station (they are - it just isn't enough difference to matter).

How do you put this knowledge to work for you? Be aware that the 9/10 caught your eye at the gas station, but a penny or a tenth of a penny savings won't justify going out of your way. Save more money by just stopping at the first reasonable station - at todays prices you can't afford the gas to drive around looking for a penny savings.