Yes, you can make money finding things - if you know where to look and what to look for. There are many things you can find that can be sold. Gold and precious stones come to mind, but it doesn't end there. Get up into that attic to see what treasures you find, and then check out some of the more unusual ways to go treasure hunting below.

The temperature changes your jewelry experiences getting in and out of cars and buildings cause diamonds to come loose from their settings. This makes parking lots one of the most common places that diamonds are lost. One older couple I read about become so good at telling the difference (from a distance!) between the sparkle of a diamond and bits of glass that they regularly take early morning walks in mall parking lots for a second income. 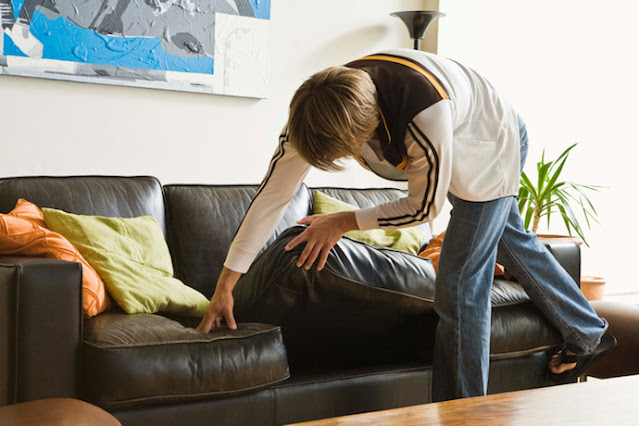 Treasure Hunting in The Desert

An older Native American we met at a hot spring in Arizona showed us how to find arrowheads and metates (using for grinding corn or mesquite beans) laying out in the desert. They are hundreds of years old. He has sold at least one of his metates for $200 during a yard sale. For non-Native Americans this may be illegal, so check with authorities on this one.

We have sold sea shells that we collected from beaches in Florida, and giant pine cones from California. We've also sold a lot of rocks that we collected all over the country. We sell them at flea markets and craft shows, as is, or made into something crafty.

Treasure Hunting in the Garbage

In our town the city collects all large junk for free during a week in April or May. You'll see perfectly good bicycles, furniture, games, toys, chairs, etc., in piles in front of almost every house. At least several people come by with trucks and trailers to pick out good things to sell at flea markets or auctions. It is a regular source of income each spring for some of them. I'm sure this happens in other cities.

A man in California offered to take the shag carpet when a large old theater was being remodeled, saving the new owners the cost of disposal. The theater had been closed for years, but during the thirties it was a place where the wealthy went for entertainment. The wealthy, like all of us, lose things, but more valuable things perhaps.

When the old carpet was cut up and carefully shook out, it was found to contain over $2,000 worth of precious stones, rings, and coins. Wondering what may be caught by vacuum cleaners, the man then arranged to take the full cleaner bags from several cleaning companies each week. It saves them disposal costs, and he regularly finds coins and small jewelry when he digs through the dirt.

Hunting Treasure With a Metal Detector

For less than $200 you can buy a metal detector and begin looking for buried treasure. I've only found about 200 coins myself (mostly at the beach), and none of them have been valuable ones. A woman in our town, however, used her detector to find coins when the city tore up the old sidewalks. She sold one of them to a local coin shop for $700. A woman I worked with tells me that her husband and her have found many pieces of gold jewelry at the beach with their detector. It is also common now to use metal detectors to find gold nuggets in the southwest.

For less than $10 you can buy a gold pan, and become a prospector. I like the dark-green plastic ones best, as it is easier to see the gold. Most federal lands are open to prospecting without a permit. The only place I've seen gold in my pan is in Canada (there isn't much gold in Michigan), but people have better luck panning for gold in the mountain streams of the southeast and southwest, and it is always a nice way to spend an afternoon in any case.

Treasure Hunting in the Streets

Maybe you've seen homeless people collecting cans to sell as aluminum scrap - tough way to make a living. In Michigan (and other states), however, there is a 10 cent deposit on every beverage can. During festivals I have seen people with bags full of hundreds of cans and bottles they collected in the parks and garbage containers. Some of them travel here every year during the Cherry Festival, just to collect returnable bottles and cans that week.

I also once spoke to a man who went to the big concerts in the area to collect all the beer and pop cans in the parking areas. He told me he can make over $100 in a few hours (plus the time to take them to the store). Collecting "returnables" can be a dirty, even embarrassing way to make money, but an old guy in town here tells me he pays the rent doing this.

Treasures in the River

Criminals and kids throw things off of bridges routinely (a quick way to get rid of evidence). Several times as a child I saw bicycles in rivers. One man I read about makes a living using magnets and other tools to retrieve guns, money, and other things of value from the bottom of murky rivers (near bridges).