How to Sell Your Sperm

The process of selling sperm provides material for television sitcoms and movies, but not many men seriously consider signing up. However, being a sperm donor can provide a decent paycheck for the time you'll invest. Sperm banks prefer donors who commit to several visits weekly for six months, and they typically pay $50 or more for each visit. That can add up over the weeks, and the process is quick once you filled out all the paperwork and qualified. 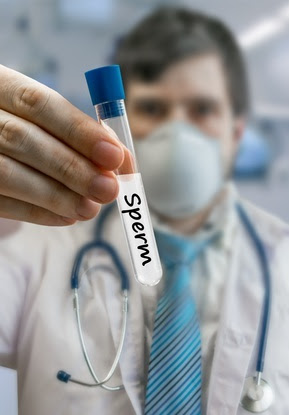 On the other hand, that qualification process can be a problem, so even if you want this job, it might be difficult to get. You generally have to be between 18 and 40 years old and, besides being outside of that 22-year window of opportunity, there are many other things that will disqualify you. You might not have enough education, for example, which is apparently seen as a sign of potentially deficient DNA. In fact, at many sperm banks, 95% of applicants are rejected. Some of the requirements are listed below.

If you're accepted you can rest assured that you are providing a valuable service. According to the some researchers , by the year 2015 a third of all couples could require help conceiving a child. This is in part because men are producing less sperm. The average sperm count in men in England dropped by almost 50% in the last couple generations, and lower sperm counts have been reported in the U.S. and other countries as well.

From a quick survey of clinics at the time this article was written, it appears that $50 per viable specimen is the minimum rate now, with some fertility clinics paying substantially more. David Plotz, in his account of his experience as a sperm donor (see the resource section below), says he was paid $50 per usable specimen and another $5 for each vial from the specimen, with about 10 to 14 vials used on average. Then, when vials were released from quarantine after six months there was another payment of $5 each. The average payment per deposit was $209 at the facility he went to. They paid twice monthly and sent a 1099 form at the end of the year.

Let's do the math... If a sperm bank asks for three donations weekly with a six month commitment, and has an average payment of $100 per deposit (less than half of what Plotz was paid), you would make a total of $7,800 for your part-time work during those six months.

If you live close to more than one sperm bank you can simply find out which pays the most and try that one first (assuming your application is accepted).

Some places require donors to be between the ages of 18 to 35, while others extend that to 40-years-old. You have to be in excellent health. You will be filling out forms detailing extensive information about any medical issues in your family, including any history of mental illness in close relations. There will be a blood test and semen analysis. Follow-up exams are generally required every three to six months if you continue to donate.

Check out a directory of sperm banks to find one near you and fill out an application. You can also look in the yellow pages or google "sperm bank" or "cryobank" along with the name of your city or the nearest large city.