How To Survive The Hard Times In Life

The keys to surviving during hard times are not so much about eating cheap noodles or becoming a survivalist as they are about self control and smart planning. That's what the following tips are based on. As I write these words job losses are still growing, but whenever you read this you'll find a good guide to preparing for personal hard times.

Let's keep this in perspective though. Maybe we are entering another great depression, but it's worth noting that at it's worst last time (in the 1930s), there was only 25% unemployment. I am sure some of you are saying "only!?" I don;t mean to suggest that those who were and are unemployed don't matter, but that statistic does mean 75% of people who wanted jobs had them at the time. 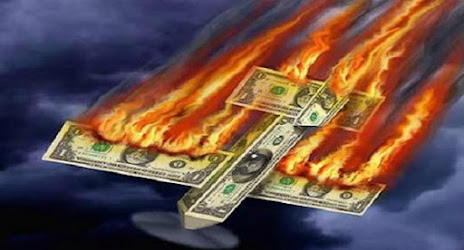 The first step for surviving hard times then, is to try to be in that 75%. Actually it's more likely that 85% will retain their jobs this time around, so your odds are better. What if you work in an industry which is likely to face large job losses? Start looking around at what else you can do before you lose your job. Go get educated or learn some new skills if necessary. You should have an idea or even a list of places where you'll immediately start applying for jobs if you lose your current one.

Be valuable to your current employer. The one employee who knows how to run some machine or fill out some forms or do any other obscure task which is essential, is less likely to be laid off. Perhaps find ways to save the company money. One way or another, be the employee that management can't afford to lose right now.

Still, whatever you do, your job can be lost. A company might just go out of business after all. And if you lose the job at the worst time it may mean months before you can find work. You need to prepare for this possibility. You can start by taking the three basic steps outlined below.

1. Stock Up On Necessities

Stock up on food and other household necessities. If you really don't have the money to buy two months worth of supplies just start buying a little bit more than normal each time you shop. Stock up on everything from toilet paper to canned peas, and have enough food and other items stashed to survive a loss of income for a couple months.

Is this the right time to start saving money? It's almost always the right time. That savings account should be built up until you have enough to live on for at least several months. It is also not too extreme to have a few hundred dollars in cash hidden in your basement. Banks have failed before, and it can take a few weeks for the FDIC to sort things out and give you access to your money.

One of the most important steps you can take is to cut your regular expenses. For the sake of an example, let's suppose you're living on $2,500 per month from a job that's not easily replaceable. If you lose it you'll have to take a $7 per hour fast food position. That sounds awful, but you can handle it if you cut your basic expenses in half before it happens.

Start by paying down any debt you have as fast as possible, starting with the highest-interest debt. That will be your credit cards most likely. Rolling such debts into a home-refinance means you essentially convert short-term debt into long-term debt and pay far more in interest as a result, so this is not normally a good idea. On the other hand if losing your job seem likely, you may want to reduce your monthly debt payments in this way, and you might even lower your house payment.

Consider every single thing that you regularly spend money on and find ways to reduce the cost. Install fluorescent bulbs to cut electrical costs, turn down the thermostat when you are out of the house, buy a low-flow shower head and cut to basic cable if necessary. You could even decide to cut back to one car instead of two, even if you own them outright. It still saves you the costs of insurance, plates and ongoing maintenance.

Become indispensable at work, explore other job options, learn new skills and have a contingency plan or two for worst-case scenarios. Fill your cupboards, start setting aside some money for hard times and pay down debts as fast as possible. Learn to live on less. Take these steps to either keep your job or lose it without that becoming a disaster.

That's not only a recipe for how to survive hard times, but it will also make you more financially secure in any economic situation. And if your job is secure but you take the steps outlined above anyhow, you might soon have enough excess income and saving to take a nice vacation or pursue other goals.