Home Make Money How to Become an FBI Agent

How to Become an FBI Agent

Let's get one thing straight right from the start: there is no shortcut to become an FBI agent. Everyone who works for the Federal Bureau of Investigation must pass through a rigorous set of skills tests and physical ability tests before they will be given a conditional appointment to the bureau.

In addition to these, you will be required to submit a tremendous amount of documentation (the form required runs for about 10-15 pages and requires many additions) to check your security. Everything you have done in the past will be examined minutely and if you pass, you will be given "Top Secret" security clearance at the FBI. 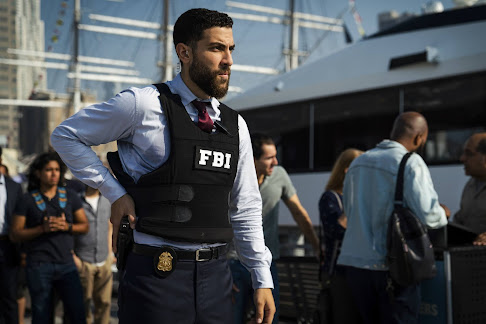 Now, all that having been said, there are certain ways that you can ensure that you'll be one of the lucky few picked to go through that grueling process (many applicants are turned down even if they meet the basic requirements because the bureau just doesn't feel that the skill set they've developed until now will fit with their needs).

Military or police training is a big plus. Fluency (true fluency, not that you took one semester of high school Spanish) in a foreign language is also a big plus. If you have a background in accounting or computers, those can count strongly in your favor as well.

Note that the FBI has five options for people who wish to become an FBI agent. While all agents are called "special agents," you will be given the choice of Intelligence, Counterintelligence, Counterterrorism, Criminal, or Cyber (note that the choice is not always up to you - it may depend on the needs of the bureau at the time of your appointment). Those in counterintelligence and counterterrorism may also work in a further specialized field dealing with WMD (weapons of mass destruction).

As of this writing (in December, 2010), the base salary for a new FBI special agent (all agents are "special agents") is $43,441. However, this is supplemented with a number of additional payments making the average first year salary (post training) $63,804 for the year. Salaries do go up on a regular basis with the FBI based on a set pay scale so while you'll never get rich on an FBI salary, the pay is decent.

Those turned down for the FBI may want to consider working with the local police force in special teams such as hostage rescue, criminal profiling or other task forces. Military work also sometimes appeals to those who don't make the cut for the FBI and is often easier to get.
Generally, you should not expect to make extra money as a special agent (if you are making extra money, even if it's done legally, expect internal affairs to be going over your finances with a fine tooth comb).

In general, you'll need to be in excellent physical shape with no apparent disabilities which prevent you from firing a weapon in order to become an FBI agent.

In addition to holding a four year degree from an accredited school, you'll also need to be a United States citizen (or a citizen of the Northern Mariana Islands, which is legally a protectorate of the United States of America - they have a status similar to that of Guam and Puerto Rico, though they are a bit more independent than those islands, having their own flag and citizenship but being considered under the legal "protection" of the United States whereas the population of other U.S. possessions are legally considered citizens of the United States).

You must also be at least 23 years old and no older than 37 years old, plus you must have held down a job for at least three years prior to application to the FBI (it helps if it was the same job and it was a position of some responsibility, not a cashier at Starbucks).

Finally, as previously noted, you must be in excellent physical health. You will be required to pass a physical examination prior to appointment. You will have a maximum of three chances to pass that exam after which, if you don't pass, you will be permanently disqualified.

Assuming you have met the qualifications listed above, then your first step is to fill out the online application at the FBI web site (see below). You will be contacted by a representative of the bureau for further instructions.

Check out these helpful resources to find out more about how to become an FBI agent:

Federal Bureau of Investigation: Careers - This is an unusually detailed and well laid out web site which really offers an extremely comprehensive explanation of what you need to know and do in order to become an FBI agent. The site is so comprehensive that the rest of the material here may not be necessary, though we provide it in case you want still more information.

The FBI Academy: New Agent Training - For those curious about what you will be learning once you have been officially appointed to the FBI, this is an excellent introduction.