I know something about weird jobs. In the past, I have been a "skip-tracer" (one who tracks people down - in this case to serve subpoenas), a repo man, and a newspaper ad-inserter. I've even had a few unusual business projects, including selling stuffed animals in jars ("Canned Critters" - they never did catch on), and Ecuadorian earrings made from fish scales (these sold better). The following are some weird ways to make money that I haven't tried - and hopefully never will.

This is the person that walks the racehorses around after a race. It is important, because if a horse doesn't cool down before returning to his stall, the overheating can cause kidney damage. Don't expect high wages, but you do get to work outdoors and with animals. 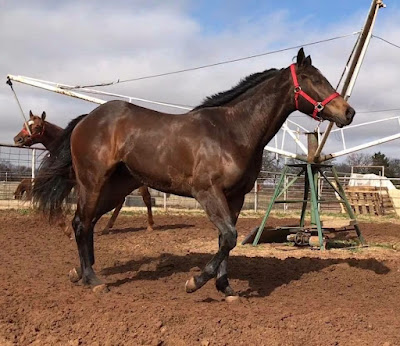 The job involves taking care of the elephants for a circus. Mostly this means lots of shoveling of large piles of - well, you get the point. Not only is this a dirty job, but it can be dangerous too.

I'm not making this up. There really was a man who had (has?) a business selling jewelry made of bird poop. The various types are encased in clear acrylic, and made into pendants and earrings. (Having researched this again in 2011, it seems that most bird-poop jewelry for sale now uses fake poop.)

You don't think politicians write their own pamphlets, brochures, and other campaign materials? Really now - they hardly think their own thoughts. One writer reports that she charges $25 to $35 per hour for writing for politicians. Qualifications? Writing skills, and perhaps an ability and willingness to lie.

Ever see an old merry-go-round still functioning. They need to be restored if they are not thrown away. Someone has to do it, and probably gets paid fairly for this highly specialized field. At mycarousel.com they appear to focus not on the whole machine as much as restoring the horses and other animals taken from carousels.

Want to translate that technical manual or users guide for the VCR from Japanese to English? Call someone who does this type of work. It may be tedious, but the pay is above average.

I recently came across the story of a woman who worked as an assembler of hypodermic needles. Her job was simply to attach the needles to the syringes. Unfortunately, she was paid by the piece, and made less than $6 on one shift, due to all the time spent tending to her wounds.

Perhaps you don't want to be a sumo-wrestler's assistant, or for that matter a proctologist (now there's a weird job), or have any of the weird jobs listed here. At least they are fun to read about.